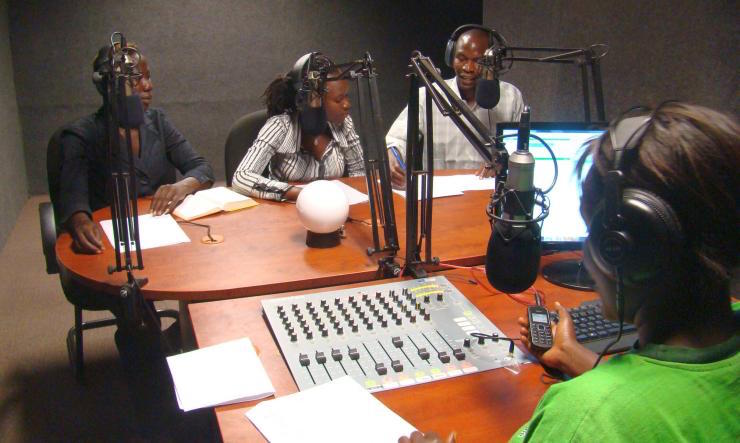 A community radio operates at the service of the people of Northern Uganda, inspired by the social teachings of the Church.

Radio Wa, which in the Luo language means “our radio”, is a community radio broadcasting from Lira in Northern Uganda. It belongs to the Catholic Diocese of Lira and has been active in the region since 1 January 2001 thanks to the commitment of Comboni Father John Fraser. The first transmission site was in the Ngetta Mission, eight kilometres from Lira. Father Fraser explains the choice of location: “The place was chosen because of its geographical location, which is 50 meters higher than Lira.”

Monsignor Joseph Franzelli, Bishop of Lira, elaborates on the genesis of the radio station, in the historical context of Ugandan civil strife: “For over twenty years, northern Uganda has experienced one of the bloodiest conflicts in Africa, during which the Lord’s Resistance Army, headed by Joseph Kony, abducted an estimated 30,000 boys and girls, while over two million people were forced to flee their homes.

“Our diocese was strongly affected by the conflict. Many of our facilities, churches, and schools, were destroyed, and the pastoral activities blocked. We experienced a tragic moment; people were losing hope and the will to live. Radio Wa played an important role in this context by transmitting courage and hope to many Christians (and not only them)”.

The radio became a point of reference for many people experiencing critical moments. In those days, the country’s towns were isolated, and rebel groups terrorised the population with frequent attacks against civilians. The radio began to provide the population with information on rebel groups and their movements across the region. In this way, people were able to leave their homes before the rebels arrived – or to call the army for help. The current Director of the radio, Alberto Eisman, recalls: “The Karibu programme [Karibu means “welcome” in Swahili] marked a change in how information was shared. The programme was devoted to the thousands of boys and girls abducted by rebel groups. We knew that the rebels used to listen to the programme in addition to the abducted children, who of course listened covertly. Sometimes we deliberately left small radios in places where we knew rebels would pass through.”

The Karibu programme began broadcasting the messages of friends and relatives of the abducted children. These were messages of nostalgia, love, forgiveness, and hope. The aim of the programme was to nurture the desire to return home. The director continues, “Rebels have a devilish way to make sure that child hostages are not tempted to return to their villages. They make children kill other children, sometimes their friends, in order to make them feel guilty and terrified of being despised and refused, in case they returned home, by the people of their villages for having killed a friend.

“Radio Wa began to broadcast programmes designed for and marketed to abducted children, to send them the message that despite the atrocities committed, their families were willing to forgive and to welcome them with open arms. A path of reconciliation and healing was available for them. Thanks to the Karibu programme, many children were able to get information and listen to the voice of their relatives. This helped child hostages to keep the hope alive for a different future for them. The programme made them aware that their relatives were waiting for them at home. This encouraged them to think that it was worth trying to escape, even putting their life at risk. Escaping from their kidnappers became their great challenge.

“Radio Wa was becoming a real threat to the rebels. So one day in September 2002, in the early morning, a group of rebels attacked the headquarters of Radio Wa with grenades and small firearms. The only journalist who was in the office that morning miraculously managed to escape. Most of the radio installations were destroyed, but the courage and the desire to start over again – those were sparedInizio modulo. Six months later, Radio Wa was broadcasting again. The radio station, this time, was located near the cathedral, in the centre of Lira. Some years later, military sources reported that about 1,500 children had managed to escape from rebels and be reunited with their families, thanks to the programmes of Radio Wa.

“Since 2008, the situation has changed. Kony and his rebels operate mostly in the Central African Republic and the Democratic Republic of Congo – countries where they are pursued by international forces – while in northern Uganda, slowly, people have started to live again.

“Lira, the fourth largest city of Uganda, home to 110,000 inhabitants, is now a thriving commercial centre with shops, paved roads, children who go to school in their blue uniforms. People arriving from the eight districts that make up the region of Lira swarm about the city every day. But many of them carry the sign of tragic memories on their faces, and in some corners of the city you can still find signs of violence dating back to those years of terror, as if time has not passed or has not made people forget.

“Just like Lira, Radio Wa has also changed”, the Director adds. “We have new challenges ahead. Inspired by the social doctrine of the Church and following the Gospel motto ‘Blessed are the peacemakers’, Radio Wa broadcasts to spread the values of the Kingdom of God: justice, peace, dialogue and tolerance between peoples. This vocation of sowers of peace is particularly well outlined in those programmes of a social nature. Radio Wa is particularly focused on the injustices of contemporary society; corruption; violence against women. We of Radio Wa also want to help develop a critical attitude towards politics, and we never forget that we were born to serve the people.”